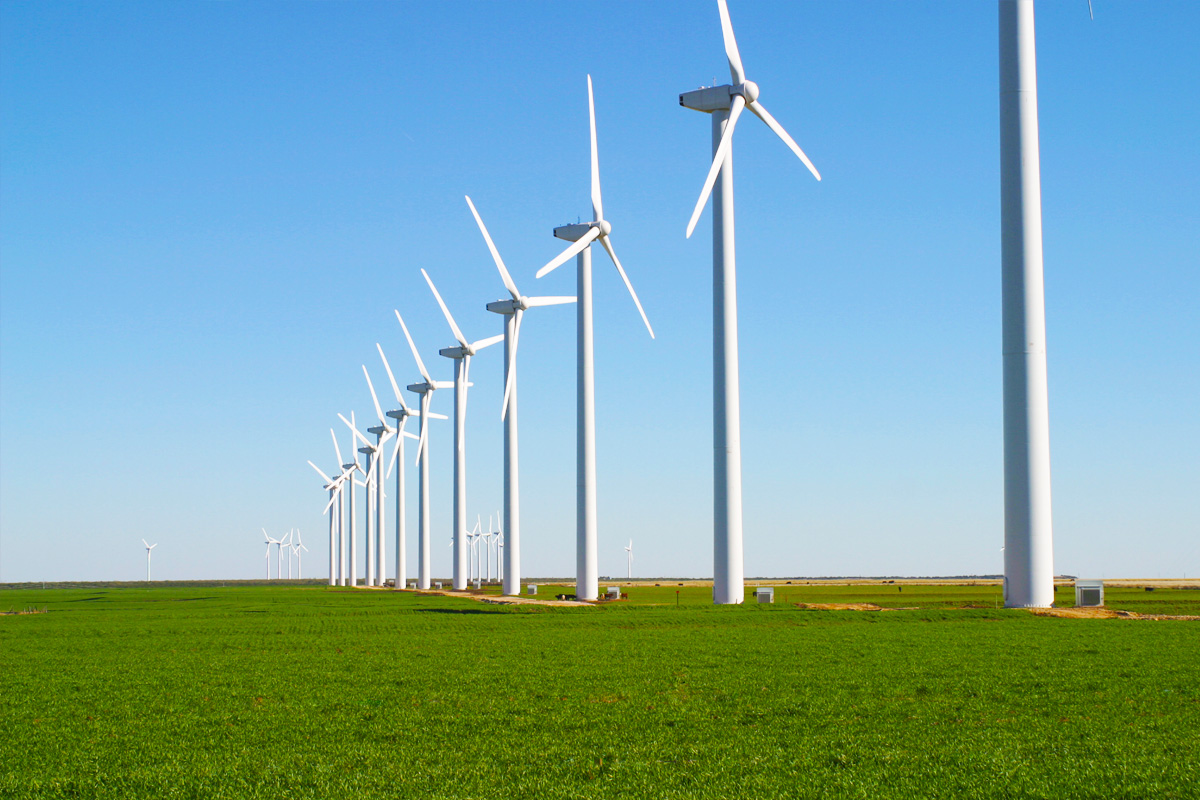 For communities wanting to generate their own green power, installing a small wind turbine may be an option. Small wind turbines are electric generators that use the energy of the wind to produce clean, emissions-free power for individual homes, farms, and small businesses.

It must be remembered, though, that wind power is intermittent and variable, so a wind turbine produces power at or above its annual average rate only 40% of the time. That is, most of the time.

Manufacturers measure the maximum, or rated, capacity of their wind turbines to produce electric power in megawatts (MW). One MW is equivalent to one million watts.

What is the power capacity of wind turbines?

General Electric (GE) makes a once widely used 1.5-megawatt model. 1.5 MW is its rated, or maximum, capacity, at which rate it will produce power when the wind is in the ideal range for that model, between 27 and 56 mph. Turbines are now generally in the range of 2-3 MW.

What determines how much power a wind turbine can produce?

The power is generated from the energy of the wind, so a turbine’s power is determined by its ability to capture that energy and convert it to rotational torque inside a generator and push electrons into the grid. A taller tower provides access to steadier winds, and larger blades capture more wind energy. A larger generator requires larger blades and/or stronger winds.

How much energy do wind turbines produce?

Every wind turbine has a different range of wind speeds, typically around 30 to 55 mph, in which it will produce at its rated, or maximum capacity. At slower wind speeds, the production falls off dramatically. If the wind speed decreases by half, power production decreases by a factor of eight. On average, therefore, wind turbines do not generate near their capacity. Industry estimates project an annual output of 30-40%, but real-world experience shows that annual outputs of 15-30% of capacity are often typical.